Venus Retrograde and the Myth of Inanna

When Venus is Retrograde, I remember the impressive tale of Inanna the Sumerian goddess of love, fertility and warfare. This is the tale of her Descent to Below.

Between the Tigris and Euphrates rivers thousands of years ago, the people of Sumer crafted the cradle of civilization. Here is one of the many stories of their revered goddess Inanna, Queen of Heaven and Earth. 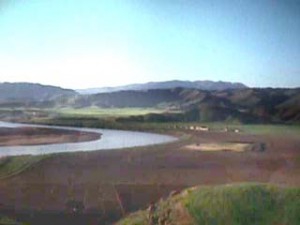 Inanna, was in her gorgeous sky palace when a messenger brought news of her brother-in-law’s demise. She immediately called her faithful servant, Ninshubur, to help her prepare to attend the funeral.

Ninshubur fretted as she gathered Inanna’s garments.  Inanna’s sister was Ereshegal, Queen of the Underworld.

Ninshubur looked to Inanna’s husband, Dimuzi to support her concerns, but he refused to get involved.

Only the dead enter the Underworld, called the Great Below and they did not return. Ninshubur knew that Ereshegal had always been jealous of her beautiful sister. Her heart was heavy; she could almost feel Ereshegal’s envy under her feet as she dressed Inanna’s hair.

Finally, she helped Inanna into her royal top robe and handed her a cluster of rings. As Inanna slipped each ring on her fingers, she smiled gently at Ninshubur. “If I do not return in three days time, go first to the temple of Enlil. Tell him my fate and ask for his aid. If he will not help us, then go to Nanna, god of the moon. Once you appeal to him, if he too will not help then you must trouble Enki. He is wise and will know what to do.”

When Inanna came at last to the first gate of the Underworld, the startled gatekeeper looked up in amazement. He saw a woman tall as heaven and wide as the earth and strong as the foundation of the city wall.

The gatekeeper led her through the passage, but not until she discarded a garment at each gate.

When Inanna entered Ereshegal’s chamber she was naked. Inanna approached her sister and bowed as appropriate for a mourner. Furious, Ereshegal fixed on her the eye of death and Inanna was killed.

The servant Ninshubar felt a chill from the earth against her bare feet. In grief, she made her way to the Temple of Enlil in Nippur.

Enlil ruled the ghost-land. She prayed that he would offer a solution. But when he heard Inanna’s fate he responded in anger: “She who goes to the Dark City stays there!”

Ninshubur proceeded to Ur in search for the Temple of Nanna. The moon god gazed down at her with a cold eye and would not help.

Her last hope took her to Enki. As she told her story, a great relief washed over her. The god of Wisdom was grieved to hear his daughter’s fate. From the dirt of his fingernails he fashioned tiny creatures, neither male nor female.

Enki bid his tiny creations. “Enter the gates of the Great Below like flies. Seek out Ereshegal. You will recognize her by the sounds she makes, like a woman about to give birth. You must help her pass this grief, for she is blind in her fury. Whatever she says, you must echo. Once she comes to her senses, she will be grateful and offer you a gift. You must ask for the corpse of Inanna.”

The tiny creatures flew to the Underworld and found its queen. Ereshegal wailed in a corner and they comforted her.

Ereshegal sat down heavily, her emotion spent. “Thank you. I will give you a gift”.

“We only ask for one thing, dear lady. The corpse of Inanna”. She released Inanna to them, then rolled into a ball and went to sleep.

The tiny creatures hurriedly sprinkled the fragrant morsels of Enki’s food and water of life on the cold corpse of Inanna. Within seconds she arose, more beautiful, vibrant and alive than before she’d entered the Great Below.

Yet since no one returns from the Underworld alive, Inanna had to sacrifice a life if she were to leave. The demons would see that she did or they would take her back.

As soon as Inanna stepped above, Ninshubur threw herself at her feet in gratitude to the gods. “We will take her!” the demons hissed.

“No!” Inanna gently lifted her loyal servant from the ground.

The beautiful queen came upon her youngest son dressed in sackcloth of mourning. When he saw her he  sang to the gods in his joy.

“We will take him!” the demons writhed anxiously.

“No! Not my beloved son!” shouted Inanna.

They encountered her eldest son, also dressed in sackcloth who threw himself at her feet. “Oh mother! Thank the gods!”

“We will take him!” the demons panted eagerly.

“Walk on, Inanna!” She now was at the palace of Heaven and Earth. She entered to find her husband, Dimuzi dressed in shining garments and sitting on her magnificent throne. He did not move when he saw Inanna, as though he were frozen.

Inanna fastened on him the eye of death. “Take him” she whispered softly. “Take Dimuzi.” As he ran off, Inanna climbed onto her magnificent throne.


Inanna is a form of Venus, the goddess of love and wealth. With Venus retrograde, you might want to do some more “house-cleaning” which means putting your finances in order. Not necessarily bookkeeping, but evaluating what it is you truly value. How do you show love? What’s important to you to share?

Inanna’s story is rich. It shows the love of a loyal servant, which can translate to anything you serve with unwavering faith. It demonstrates the appreciation and loyalty a grateful employer has for a valuable employee.

There is no question of the love Inanna has for her children and they for her. One reason Inanna is important to reflect on at this time, is that integrity needs to be a factor in her relationships with her sister and husband. One person cannot carry an entire relationship.

We are in a period of stress for relationships, whether marital, personal or business and it is essential to see them for what they are. Inanna had to travel in the Underworld to see that her husband did not support her (and in other stories they come together again… but mythology is like that).

If you’re experiencing any tension in a relationship, the Venus retrograde can show some of the cracks in the foundation. Reflect, renew and “walk on”, if need be.