I had 32 first cousins…. and 26 of them are from one side of the family, so you can imagine what those family reunions were like when we were kids. My daughter on the other hand, has three.

All my cousins did not procreate the way their parents had, for a host of the typical contemporary U.S. reasons: they married later or simply had less children, most of the moms work, they used birth control (even perhaps, the practicing Catholics), they never married and single parenthood had no appeal, they are gay and creating parenthood was not compelling and in some cases, life is lived as though they will be twenty-five forever (God bless).

But looking at it from an astrological perspective, my parents came from the Pluto in Cancer generation which venerated “mom & apple pie and unquestioning dedication to country and family values”. Of course, since Pluto was involved, this is also when the seismic changes began to occur in the unwavering conviction that what always was would always be. That was the generation that birthed so many children who later labeled themselves progeny of “dysfunctional families”.

Their children were the Pluto in Leo and Virgo generations, each with a different approach to life’s transformations. Pluto in Leo was labeled the Baby Boomers, faulted for living life as though each was a creative star with a tendency to skirt responsibility (or delegate it to someone else). Each generation has its anomalies, indicated through other planetary connections in the horoscope.

My husband used to joke that I had a cousin in every profession, which is an exaggeration. But it is doubtful that I would have met most of them in any other context, except for the common ground of our grandparent’s homes. Although the years have flung my cousins to thousands of miles away, I have been fortunate to maintain friendship with several of them.

We lost our oldest cousin at a very young age, in his mid-30s with a sudden heart attack. This caused some of us to value insurance and brought home the tenuous quality of life. But that was almost 25 years ago; our genetic mix of different European backgrounds created health and longevity for many of us. 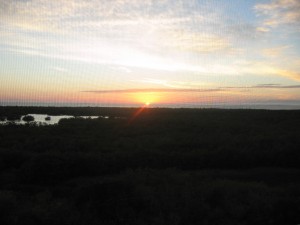 But now, Christmas Eve, we lost one wonderful member of my crazy quilt of cousins. He is survived by his parents, wife, two sons and six siblings. He was a big-hearted Sagittarius with a direct gaze. His death leaves a huge shadow. Of course, the astrologer in me wants to know why.

I’ve got some research to do on this when my objective mind takes over my sad heart… but right now I remember the importance of saying what I mean to people while they are here. I regret that I didn’t get to say goodbye to him, but he knows that. The important thing is he left this world surrounded by his extensive immediate family in his home. It was I am told, a beautiful death.