Ceres, the goddess of the Harvest and Pluto, god of Death have more in common than you might suspect. They are competitive siblings. She rules everything that grows above and through the earth, he rules the domain deep within it. Without the goddess of the Harvest, there would be no food to sustain the mortals who eventually populate the Underworld. Without death, there would be no compost. Without death, the world would be rife with life which would eventually “greenhouse” itself, creating perhaps, spontaneous combustion or mass suffocation.

The act of planting and burying are the same. Anthropologists consider the act of burying one of the first signs of civilization. The ritual acts of death preceded the ritual of harvest (farming). Yet what made us think that we could control harvest any more consistently than we can control death?

The myth of Persephone and Pluto pulled me into studying more mythology. I have loved this story since I was a child in Catholic grammar school (although I heard a much more sanitized version). Of course, the emphasis at the time was kidnapping. When I was older, rape was the obvious conclusion.

Yet Persephone never seemed passive to me, perhaps because in the end she became Queen. One could argue this is a case of the end justifying the means, but it goes deeper than that. If you accept the argument that all the gods/goddesses represent fragments of the psyche, then it’s all One. Pluto is not doing something to Persephone or dissing Ceres. These are all pieces of a whole that are acting out to try to work together.

The “dwarf planets” Ceres and Pluto are both in the same sign (Capricorn) at the same degree (3°7”) today. Although the conjunction happens every 5-6 years, this is the first time it happens in Capricorn in over two centuries. It emphasizes the quality of endings, especially for the Earth, since Capricorn is the sign that signals the quickening into winter and the height of Ceres grief.

The Sabian Symbol* for this degree is: “A party entering a large canoe”. On one hand, this sounds like a good thing, a celebration. On the other hand, a canoe is not the most stable of crafts, especially if the party gets raucous. This emphasizes the need for balance and compromise, which is interesting in light of Jon Stewart’s “Rally to Restore Sanity”. Capricorn has always been a prominent sign for comedians (yes, when one looks at life that “realistically”, humor is an antidote: think of Jim Carrey in the Truman Show).

It is highly important to get in touch with intuition and feelings so that you do not capsize with emotions. You may witness this from people around you, especially in the work environment or as people grapple with questions about health-care. This is a highly-charged time to network and come together for a cause. (Neptune/Chiron trine Sun/Mercury)

Both Ceres and Pluto are in the 8th house (Scorpio’s natural house, symbolizing transformation, death and other people’s money). Since I’m looking at the chart set for Washington DC, of course this has to do with the U.S. debts, as well as taxes. This is a seminal position right before Election Day. If you’ve never voted or don’t think you’ll bother, I encourage you to re-think that.

Sister Ceres and brother Pluto are in a tug-of-war with Saturn (their dad). As strained as the siblings relationship might be (see Persephone myth), it’s a love-fest compared to their relationship with Saturn. It’s all about creating a transformation in resources/financing/the tax system to facilitate business-as-usual. In the myth, Ceres and Pluto came to a compromise to share Persephone and honor both parts of her.

Although she doesn’t appear on the graphic pasted on the bottom of this article, the asteroid Persephone is rising in this chart at 15° Taurus 3”. This puts her in Venus’ sight. Since Venus is retrograde in Scorpio, we have the opportunity to reconsider old business: in any relationship or financial dealings. Venus in Scorpio reflects Pluto’s position in the 8th and his contract with Ceres.

As Persephone rises in the U.S. chart, a decision must be made to accept the fruit of the Underworld. This means ingesting the knowledge that to maintain Spring and Life, we must be conscious of the inevitable termination and cycle of all enterprise. When she becomes Queen of the Underworld, Persephone grows up. It is clearly time for the U.S. to grow up as well.

This horoscope suggests several passages of hope and support, but only through partnership, open discord with warring factions and eventual compromise for a stronger foundation. Remember, planting and burying are the same act and if we are not willing to do one, it is at the cost of the other.

Whether you get to do it on this day or another, make time to pray, meditate or create ritual for the compromise between death and harvest. We are at a critical juncture in the life of our planet. It’s as though Ceres is walking the earth again, looking for signs that a reverence for spring is still alive. She finds pockets of it, but many more places where a disregard for her gifts dominates.

But Persephone is rising because Pluto does love his bride and without her free wanderings through nature, she is not happy. Venus in retrograde reminds us that Love has everything to do with it.

©Cucinell 2010 All rights reserved. No portion of this publication may be reproduced in any form without the written consent of the publisher. 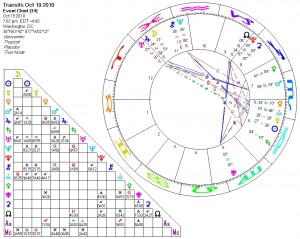 to learn more about the mythology of Ceres, Pluto and Persephone