12/31 New Year’s Eve is the Lunar Eclipse Full Moon in Cancer. It also happens to be a “Blue Moon”, which is folklore, not astrology. Two full moons a month happen every 2-3 years because of our solar calendar (the lunar calendar would have 13 months). 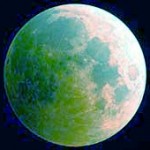 The most notable factors to this eclipse, set for Washington DC, is that communication challenges abound. Mercury is retrograde in Capricorn, emphasizing the impact the US education system (and healthcare) has on its children.

Although in theory a child can get healthcare in the US, the reality is each state has its own particular quagmire of bureaucracy. If the parents don’t have healthcare and one of them gets sick, it can wreak havoc on the family’s financial structure. If well-child preventive health isn’t valued, then that too erodes away on the physical and financial security of a child.

The people are represented by the Moon, which is in the sign of Cancer. It is being assaulted in the 2nd house (finances) by Saturn in the 5th (limits/fears of speculation/children) and oppositions from Pluto/Venus in the 8th (mortgage, taxes, investments). The American people feel no relief at the end of this year. But there is magic in the symbolism of the eclipse at the end of 2009, at the end of the “oh-ohs” decade.

We are leaning into a new energy. 2010 is a “3” year; we require strong leadership to allow for greater creativity. Whatever you may think about President Obama, offer some prayer to his ability to provide that leadership in the coming year. Decisiveness and unbending authority will be the winners in 2010.

So whether or not you make this a party day, please give a little focus at 2:13 PM ET for best wishes on a world family.